Spiti is huge and it makes you feel really small. Its a desert mountain valley nested high in the Himalaya mountains of Himachal Pradesh. Spiti is also known as Little Tibet. As its too remote so its only accessible only in Summers. Spiti is situated at an average height of around 12,500 feet above sea level. Spiti literally means ‘middle land’ as it is bordered by Tibet in the east, Ladakh to the north, Kinnaur to the south east and Lahaul and Kullu to the south. Spiti has landscape and culture similar to that of Ladakh and Tibet.

Spiti is known for

Major Attractions and places to visit in Spiti 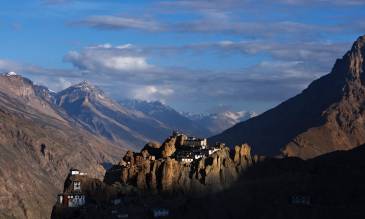 No photos available. Be the first one to add photos.

No review available. Be the first one to review this destination.